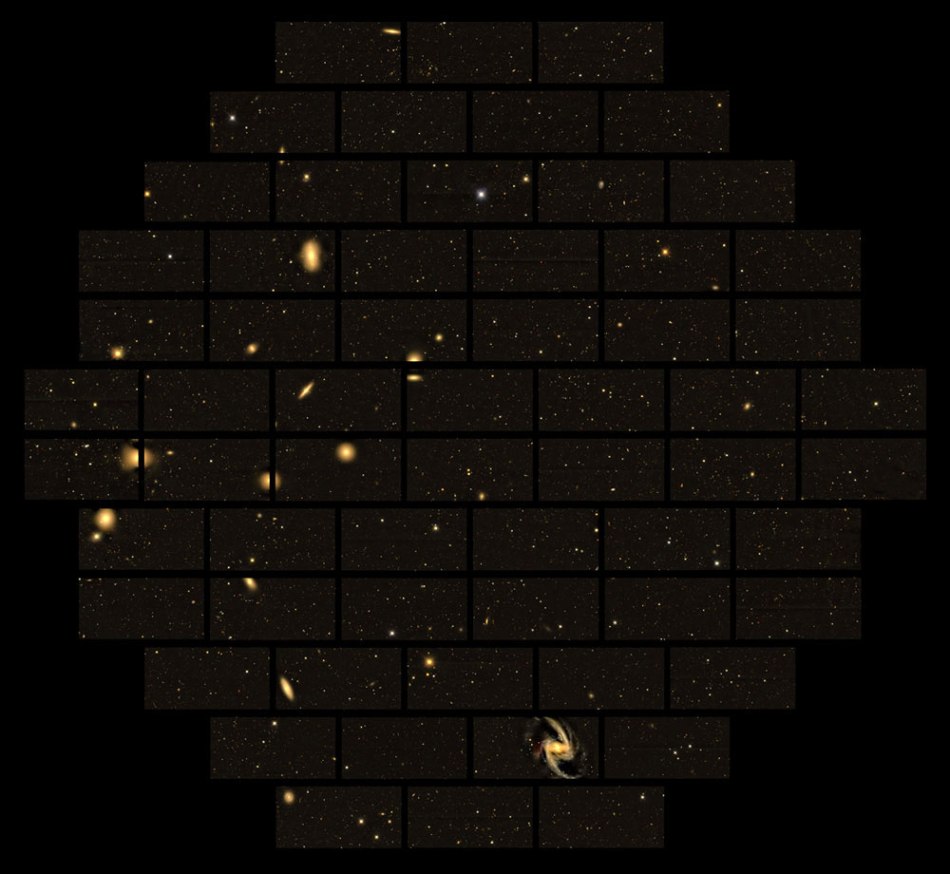 On August 31, 2013, the Dark Energy Survey (DES) began its exploration of new realms of the observable universe. For about 100 nights per year, during the next five years, the Blanco Telescope in Chile will scan the sky using the newly commissioned Dark Energy Camera. With 62 highly sensitive detectors (containing about 500 million pixels), DECam will collect light from hundreds of millions of galaxies and thousands of supernovae from billions of years ago, their light leaving faint traces of a cosmos expanding ever faster. Whether the cause is a mysterious dark energy or a change in our understanding of gravity, DES endeavors to discern the nature of our accelerating universe.

We spent the last year commissioning the telescope and camera, performing calibrations and tests to make it science-ready. The 62 detectors are shown in today’s image, taken from one of last year’s preparatory observations. Clicking on this image will take you to an interactive page where you can zoom in on each chip and look at what DES scientists see after each picture of the sky is taken.  We will gather thousands of images like this in the coming years.

We now begin a new journey, with many seasons of discovery ahead of us: in photons, after sunsets, past midnight, with lots of coffee… In pixels, in light-years, that’s how we measure the sky.

This entry was posted on September 3, 2013 by darkenergydetectives. It was filed under Dark Energy Photographs, DECam Images, English, Ingles .